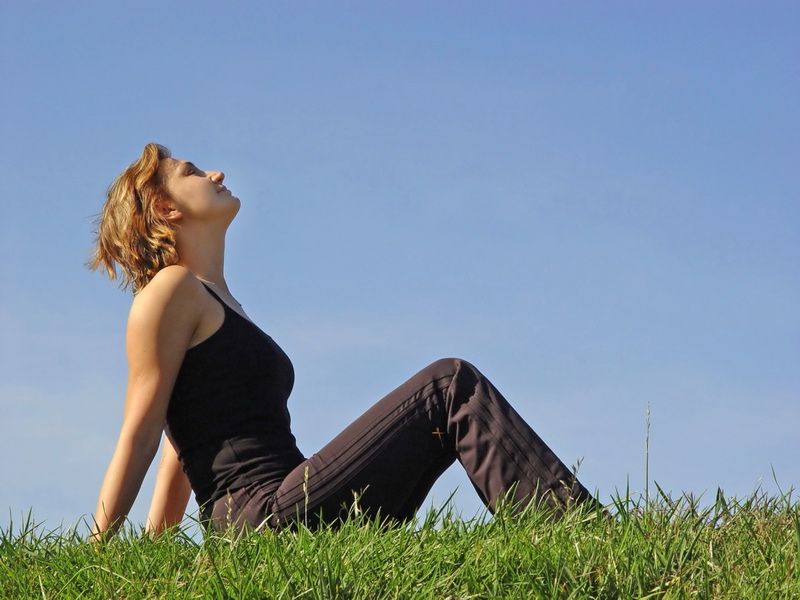 As part of their physical pre-menstrual symptom, lots of women undergo bloating, cramping and minor backache. Normally this is also experienced as their uterus begins to grow at the early pregnancy stage. Other early pregnancy symptoms usually include:

Lighter Bleeding or No Period

Among the most obvious signs which allow a woman suspect or know about her pregnancy is usually the skipping of a menstrual period. However, there are a number of other symptoms and signs that give early pregnancy clues.

Every woman does not necessarily undergo a missed period during the early weeks that follow her inception. Other than mere confusion, this also leads to misjudged due date calculations and worries concerning continuation of the pregnancy.

Instead of normal periods, some women may experience ‘implantation bleed’, despite having conceived. Light bleeding usually occurs around 12 days following conception or fertilization of the egg in the woman fallopian tune, as the developing fetus begins burrowing into the mother’s uterus lining.

Implantation bleeds typically occur shortly earlier than or almost around the same time as a pregnant woman’s subsequent period would normally have occurred. Though, it is normally not as long or heavy as the normal average period.

You will start detecting pregnancy or notice its symptoms 7 to 10 days after ovulation.
Blood Flow Increase during Early Pregnancy

About six weeks following the last period of a pregnant woman, volume of blood that now flows through her pregnant body will increase gradually.

Pregnancy necessitates remarkable changes in your blood flow. Most obvious of these occurs in your uterus as well as in development of your placenta which enables the fetus to nurture. Blood flow to your skin also increases, thereby making you feel a little warmer and even sweat more, especially in your feet and hands.

This blood flow increase helps to boost the metabolism of your body by almost 20%, which creates extra body heat to protect you from feeling too cold. During pregnancy, your body core temperature will usually rise to around 37.8 Celsius, which is equivalent to around 100.4 Fahrenheit, whereas the normal body temperature is around 37 Celsius, which is equivalent to around 98.6 Fahrenheit. Surplus blood helps your body in meeting the metabolic requirements of your developing fetus, and in flowing to other vital organs, such as your kidneys, etc.

Within a period of 2 to 4 weeks of conception, your breasts will undergo a massive change.

Your breasts will begin to enlarge and develop under direct influence of a special hormone in the body, known as oestrogen. This hormone plays the main part during puberty, in the development of your breasts.

Changes noted in your breasts during pregnancy are on account of formation of the growing milk ducts for later breastfeeding purposes. An increase in blood supply will also cause veins of your breasts to become more obvious during pregnancy. As sign of pre-menstruation, some women may undergo breast changes shortly after conception. Accordingly, they may even sense changes prior to the date of their next period.

Frequent Visits to the Toilet

Many women frequently complain of a repeated urge to pass urine during the period of their early pregnancy. Though, you will start detecting pregnancy or notice its symptoms 7 to 10 days after ovulation, the likelihood of your not experiencing it until nearly at the end of a 6-week gestation period, is more probable.

Why an Urge to Urinate More

This is due to an increased flow of blood to your kidneys, which may be about 35 to 60% more. Shortly after conception, this additional blood makes your kidneys produce more urine, by about 25%. This increased production of urine peaks around nine to fifteen weeks of your pregnancy before gradually settling down.

Further, your developing uterus can also influence passing of frequent urine by applying pressure on your bladder. Pressure on your bladder is among the core reasons for passing frequent urine towards the three last months of your pregnancy. By this time your baby will also have become heavier, as well as moved down further into your pelvis during the weeks preceding birth.

The morning sickness, actually a misnomer for the ‘entire day sickness’, reflects an overbearing nausea or possibly vomit feeling. It is easily among the most widespread physical complaints related to early pregnancy, caused due the reaction of your body to high level of the pregnancy hormone present.

When You Are Struck By Morning Sickness

Many women spontaneous react to certain smells or odors, and at times even when a toothbrush is pushed down too far, it causes an overwhelming feeling of vomit or nausea.

Overall, about 85 percent of pregnant women are plagued by various stages of morning sickness. Hence, it is can reasonably be called an inherent feature of pregnancy. Usual signs of morning sickness normally start to show themselves about four weeks into pregnancy and may continue up to around the twelfth week, when they begin to gradually resolve.

During the 6-week gestation period, though highly unappetizing, an unexpected amount of saliva may normally be produced by your salivary glands.

Many women may notice that their salivary glands are producing excessive saliva. Some may find this excessive salivation highly unpleasant and nauseating. They may hence even blame it as the primary cause of their morning sickness.

‘Ptyalism’ is a medical term commonly used for referring to excessive saliva. Though, it may develop entirely by itself, it is normally associated with vomiting and nausea, or the symptoms of morning sickness related to the early pregnancy period.

Though, dizziness is quite common in the early pregnancy period, fainting or ‘syncope’, has the trend to be rather uncommon.

Fainting and Dizziness during Early Pregnancy

In Victorian times, fainting was considered a more unsophisticated manner of recognizing that a lady was actually pregnant. Remarkably, this simple physical gesture was most certainly not a far call from the reality. Fainting in early or even mid pregnancy periods may be the causative result of natural dilation and relaxation of your blood vessels under the sway of the hormone known as progesterone that lowers your blood pressure.

Due to a profusion of various hormonal changes in your body during the weeks that follow conception, grueling headaches can be a common phenomenon in many pregnant women.

The common fact that women may generally be more prone severe to headaches during their early pregnancy period, but are medically advised to desist from taking pain killers, is rather ironic.

Though, during the initial 12-week period of your pregnancy, headaches are a result of hormonal changes in your body, its cause could equally be an increase in the volume of blood circulating through your entire system.

Though, tiredness may commonly be termed as a normal symptom during your early pregnancy days, it is not necessarily entirely related to your changed hormonal state or even to that of your growing baby.

It is not utterly abnormal for you to feel excessively tired at various stages of your pregnancy. A lot of women who are newly pregnant may experience extreme fatigue in their initial 12-week pregnancy period.

Bloating of your stomach or inability to visit the toilet can be a common symptom during your first trimester, which can however also reappear towards the last trimester of your pregnancy.

Constipation and Wind during Early Pregnancy

Normal constipation, meaning difficulty faced in opening up your bowels, is believed to be the result of progesterone hormone which decreases ‘motility’ or movement of your gut.

Hence, longer the food is retained in your intestines, higher the volume of water which is slowly reabsorbed back from your bowels into the system, making it even more difficult to pass out.

Libido and sex, which are primarily the factors responsible for conception, generally undergo a significant change during the first few weeks following conception. Sex turns into a festivity of their own pregnancy for women who sense a feeling freedom from contraception. Additional blood that now flows to their genitals and breasts can help to increase sensitivity, sex desire as well as sexual arousal. But in case of many other women, the initial twelve to eighteen weeks following conception bring a continued sense of vomiting, nausea or tiredness, making sex the last thing they feel like partaking in.

In the initial weeks following conception, many women normally worry upon feeling moderate pulling, tugging and cramping. Some of them find salts like ‘Mag Phos’ quite helpful in relieving their cramping condition.

When bleeding does not accompany their cramping, it is mostly normal. However, if you experience sever or strong pain or cramping, you should instantly consult your local physician for further advice and guidance.

During pregnancy, pains and aches are rather common, just as expected muscle cramps in your legs, thighs and feet. Though the precise reason for them is unknown, it is strongly suspected that expansion of your uterus may be responsible for applying pressure on blood vessels and nerves in your legs, whereby causing occasional pain and leg cramps.

If you should experience cramps, try stretching your affected muscle or limb. You can also try by straightening the leg so that your toes face in your direction. Your partner can be asked for help, if needed. Standing up so that your leg is stretched can also provide some relief. If pain in your cramps persists, ask your partner for a massage. You may also call for professional massage to make the best use of your relaxation period, which would be excellent for you.

Diet makes a significant difference. Many nutritionists are convinced phosphorous, potassium and calcium supplements are suitable for relieving cramps. However, you must consult your physician prior to using any supplements. Your healthy diet should include leafy vegetables and fresh fruits, in addition to food sufficiently rich in calcium, such as yogurt, cheese and milk.

If you fail to consume sufficient quantities of fluids, which help to increase the volume of your blood, you may experience dehydration that in turn will cause constipation. You must therefore consume plenty of fluids, prune on snacks and regularly exercise.

Laxative use without your physician’s approval is not recommended. If you consistently suffer constipation, discuss this condition at your prenatal visit. Since straining may cause hemorrhoids, it must be absolutely avoided.

Backache during early pregnancy is literally a nuisance. Your torso and posture will gradually begin losing alignment as your pregnancy progresses and most of your weight pushes forwards, this will result in straining your back. In short, your center of gravity will shift forward.

Another significant factor is the typical lack of a good night’s sleep. As you shift on your side, trying to be comparatively more comfortable, your womb weight will be stretching the muscles of your back, resulting in your backache.

Finally, your body changes and hormones also exercise some effect. Since your body will be preparing to give birth, a number of your ligaments and joints will start loosening up in order to facilitate the delivery process. All these changes put together can result in the backache which is the common early symptom of pregnancy. As per general estimates, it is assumed that 50% of most pregnant women experience this symptom.